Upcoming Workshops Edibles v. Ornamentals – Have It Both Ways

The Patina of Found Materials

Some of my favorite projects incorporate found and recovered materials. Not only is it an opportunity to reuse materials and tread a little lighter on the earth, but it can result in an instantly aged piece that blends in with an established landscape. Exhibit A: Brick mosaic walkway-a photo set by Kimberly Moa. Text by Ben Crouch. 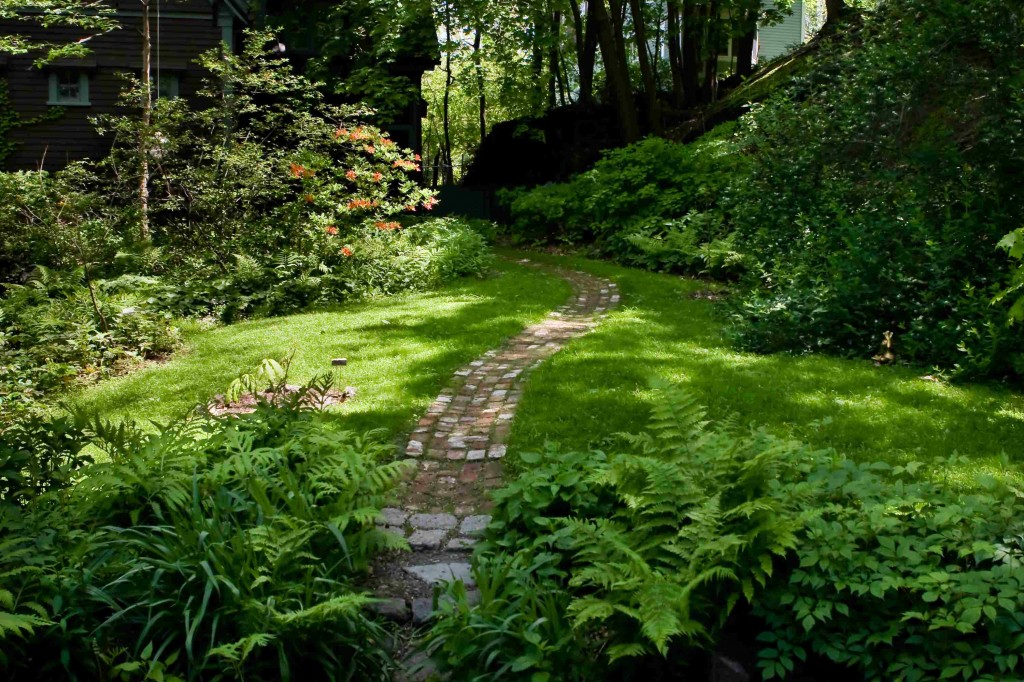 The walkway was constructed in November of 2010. It is set into sand, which was found in the basement of the carriage house (pictured in background), and stabilized with stone dust. The stone dust was the only material that was purchased and transported for the project. The brick is a combination of whole and fractured pieces that were dumped on the property long ago. Many of them are still washed with a layer of mortar. The lighter colored bricks add contrast and reveal the course of the pathway at night. 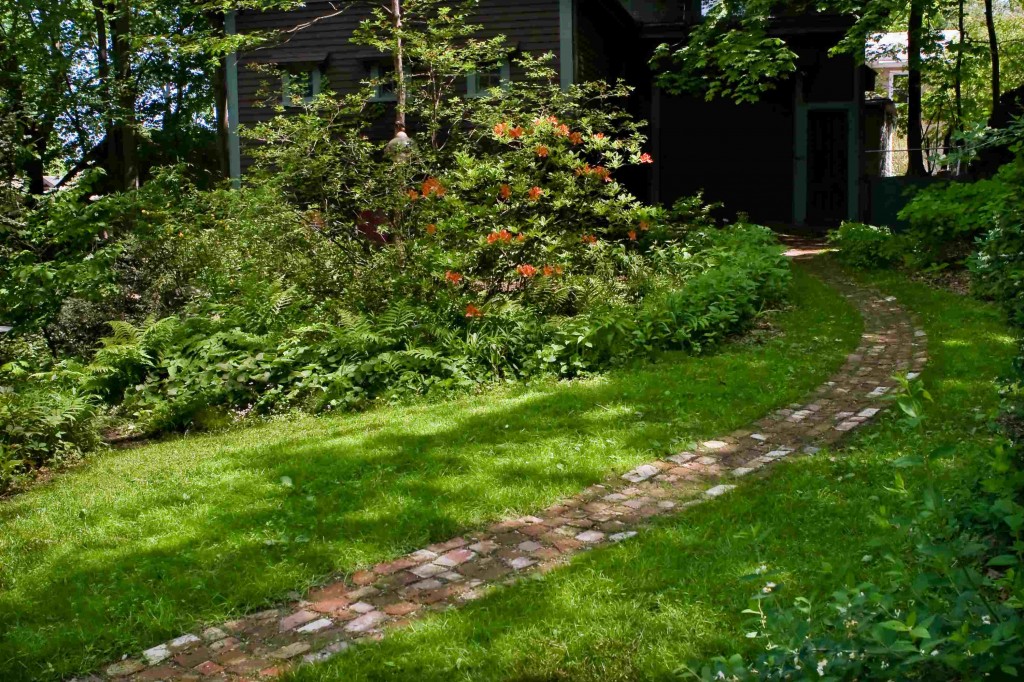 The walk connects the deck of the residence to the carriage house, which is used for storage and workshop space. The sweep follows the contours of the mature gardens, which are planted and maintained to have an informal, forest-like appearance. The garden has been developed over the last twenty-five years. I began managing the garden in 2009. 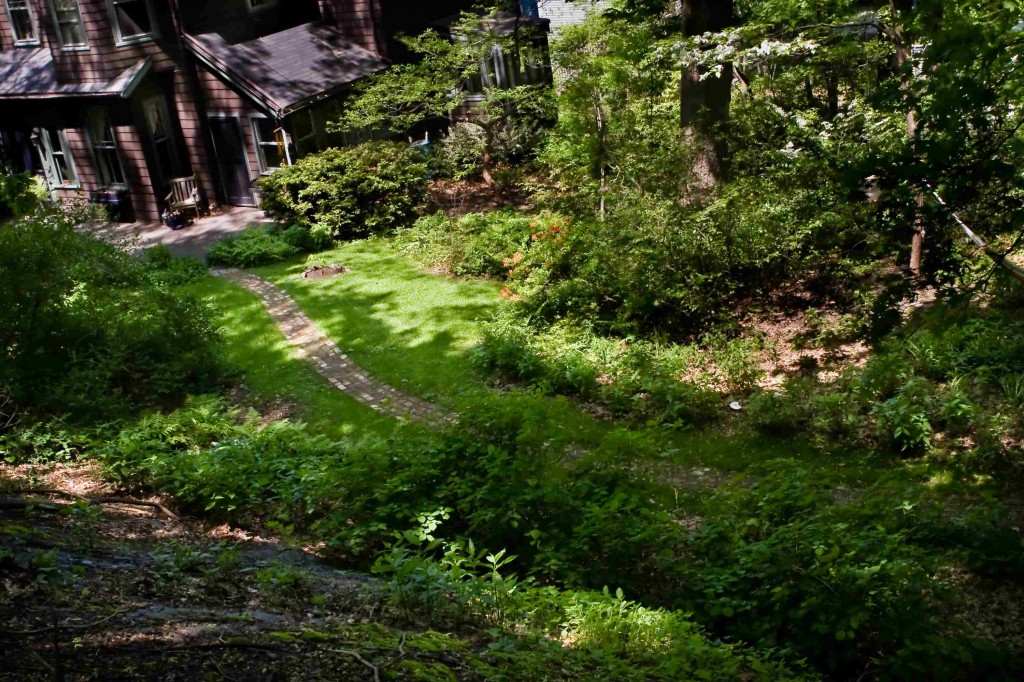 The entire course of the walkway is approximately seventy feet. A puddingstone outcrop draped with wildflowers and ferns is perched above the property. 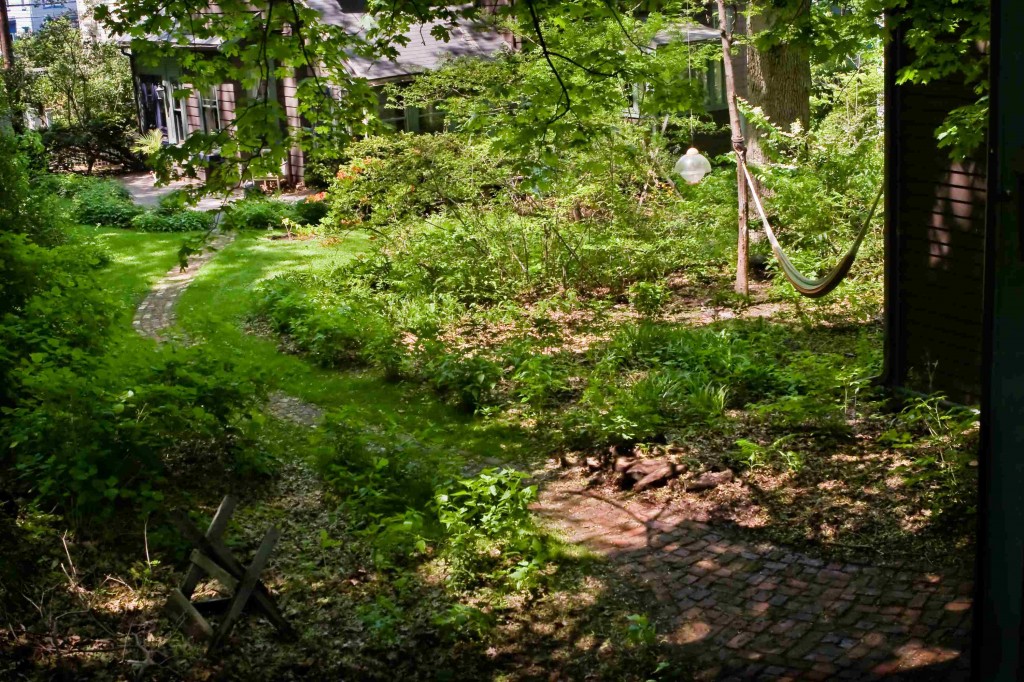 The walkway widens to meet the cobbles at the garage door, next to which I established new plantings. To fatten the thin and depleted soils around the foundation of the carriage house, I used shredded leaves from the oaks and maples that shade the yard. Worms had devoured the leaves from the previous fall and left behind a rich compost by early summer. Neighbors supplied some of the plants while others were divided from elsewhere in the garden. The plants will fill in to resemble the mature look of the rest of the garden. Some processes in the garden should not be artificially hastened. 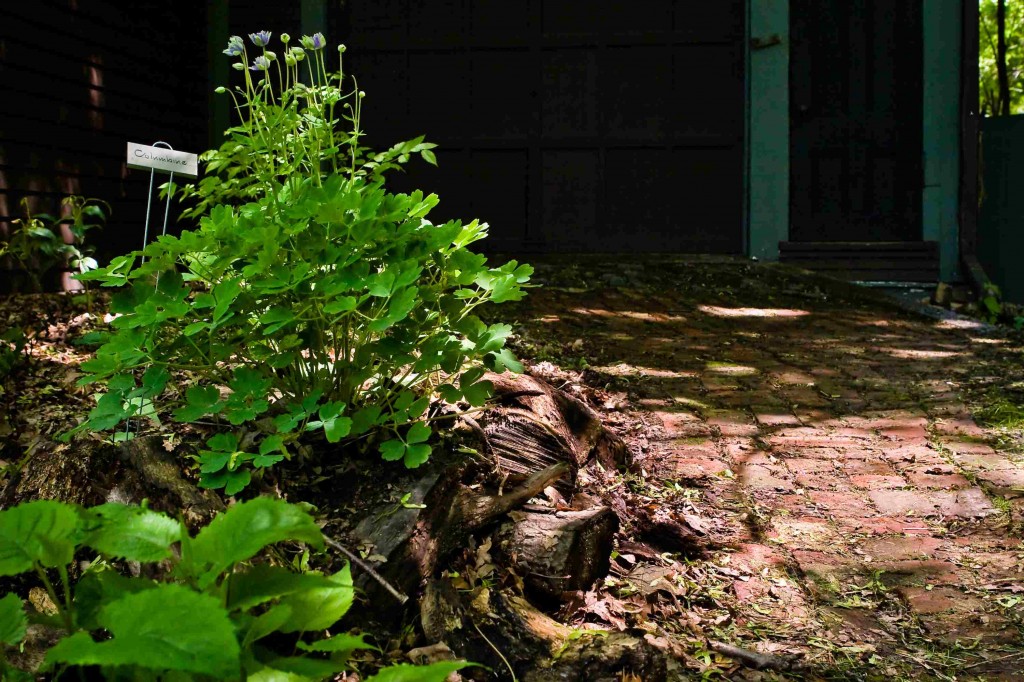 A desultory arrangement of rotting logs hosts columbine and ferns, which were planted there. Here, the walkway begins to widen to the carriage house entry. The flowered sentry appears to have grown there without any help. 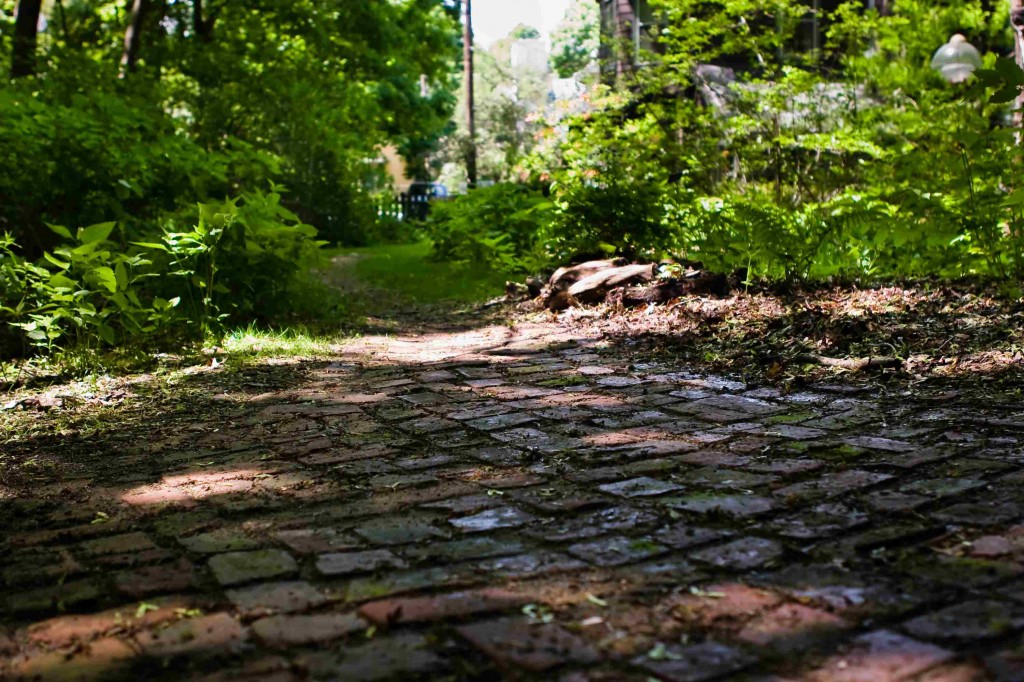 You can see light touches of moss on various bricks at the terminus of the walk. The presence of moss belies the six month age of the walkway.

Look for more Land of Plenty project photo journals in the months to come. In the meantime, contact Ben Crouch to begin planning your spring projects.

If you enjoyed this article, please consider sharing it!

9 Responses to The Patina of Found Materials